After the southern and the eastern parts of HCM City, the real-estate caravan has moved on to the city’s neighbouring areas like Dong Nai, experts said.

Since the middle of October, while the HCM City market has been stagnant, those in neighbouring areas like Bien Hoa city and Long Thanh District in Dong Nai Province have been hyperactive.

It is not difficult to find information about lands in these areas. One click on the internet, and megabytes of information will appear on the screen.

On a leading Vietnamese real-estate information website, land plots ranging from 100sq.m to 500sq.m in these areas are sold at VND20 million per square metre.

This is quite high compared a year ago. 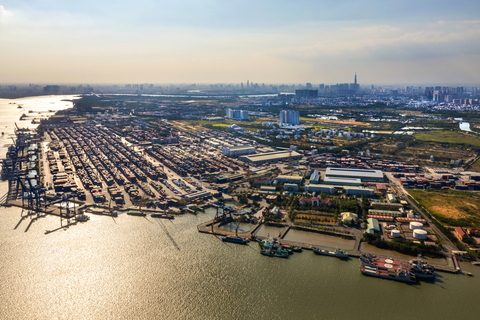 Land prices in Dong Nai Province are attractive to investors, and are expected to increase in the coming time

Media reports say prices are climbing in Bien Hoa and its neighbouring areas.

Locals say prices have jumped by 3-6 million per square metre since the beginning of this year in places near Bien Hoa.

In some places in the city, lands cost VND20-23 million, and VND24-26 million in planned areas.

These are attractive prices since they will rise further soon, experts think.

Experts attribute the buzz in the Dong Nai market to the positive information that is coming out about infrastructure development, including a number of works to connect it with the country’s biggest economic hub, HCM City. 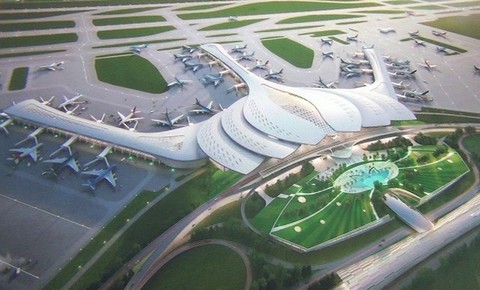 At the opening of the latest session of the National Assembly on October 21, the Government said many key infrastructure works would begin in 2020, including construction of the Long Thanh International Airport.

The Government has tabled in the National Assembly the feasibility report for the Long Thanh International Airport, with the first phase to be built at a cost of nearly US$4.8 billion.

To speed up its progress, Dong Nai will acquire and clear all the required land expectedly by October 2020. Construction could thus begin in early 2021 and be finished by 2025.

Another reason cited for the attractiveness of the Bien Hoa property market is the price range. Though they have increased from last year, the prices in Bien Hoa City remain competitive compared to other areas.

The prices are attractive because there are vast tracts of land easily available, experts explain.

On the other hand, information from big projects that will be soon developed has heated up the market.

Many developers, large and small, have flocked to this market, including Novaland Group.

When they break ground for their projects, land prices would surely skyrocket, one broker said.

Demand for housing in HCM City has kept rising in recent years even as the city has decided to restrict licences for new projects.

Left with little choice, many developers have opted to move to neighbouring provinces to develop new projects to meet this demand.

Bien Hoa, which enjoys advantages in terms of location and investment climate, has thus become a very attractive destination for many developers. 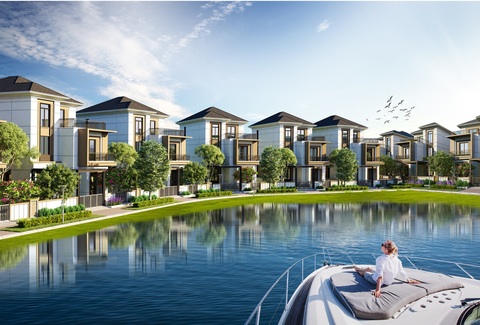 Aqua City, a smart eco urban area in Bien Hoa, has become a magnet for investors

Among the projects being developed in Bien Hoa is Aqua City, a smart urban area in the south of the city.

It is situated on Huong Lo 2 Road (the expanding Ngo Quyen Street). It is very close to National Road No 51 and the HCM City-Long Thanh-Dau Giay Highway.

It is only 5km from there to the Long Thanh Golf Course and the Thu Duc Golf Course. Son Tien International Tourism area is only 7km away.

Five km is the distance from the Aqua City to international hospital.

Aqua City is a green project with a number of amenities

Aqua City is planned as an eco-urban area where 70 per cent of the land will be earmarked for greenery and amenities like rive-side parks, a public square and camping areas.

The developer, Novaland Group, said the project spreads over hundreds of hectares and will have amenities like a school, wharf, shophouses, and a sports centre.